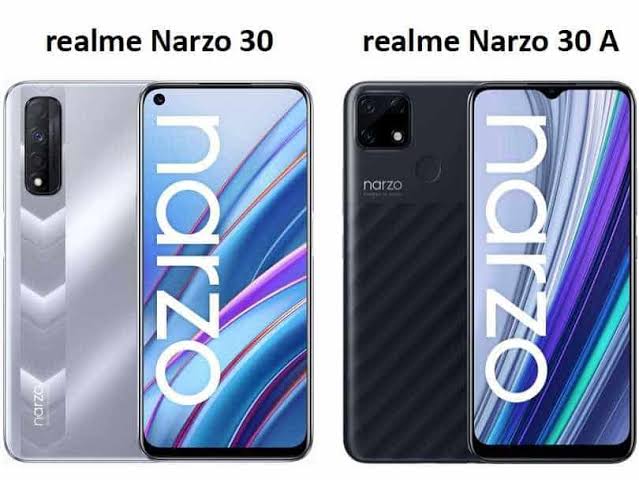 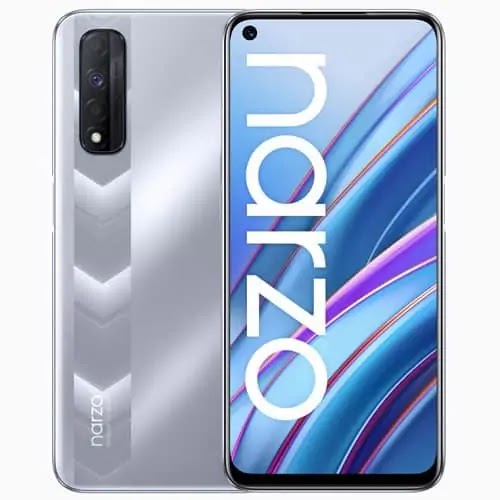 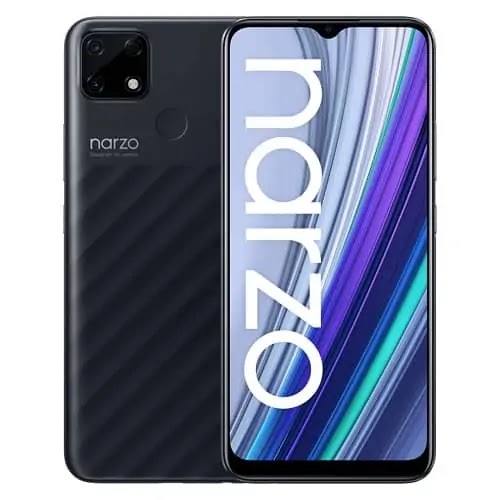 So, by looking at the main specifications above, have you noted the differences between the two? We assume you already know, so let’s match them one by one! 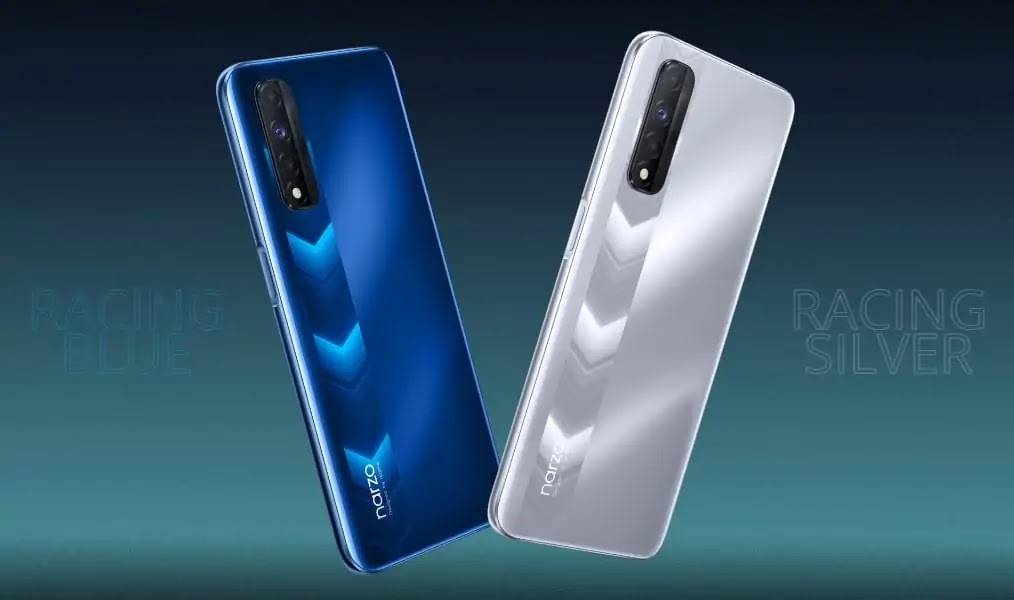 Judging from the first glance, you already know that these two phones have different designs. realme named the design used by the Narzo 30 as Champion Design . The main highlight of this design lies on the back side. There is a kind of straight path filled with the chevron (power) line.
The trajectory converges in line with the longitudinal black camera module. The back cover can also reflect the effect of light beams that form a power line.
realme admits that this design is inspired by the racetrack. Turning to the front, the Narzo 30 realme has a full screen with a punch-hole front camera in the top left corner. realme Narzo 30 is available in two color choices: Racing Blue and Racing Silver. 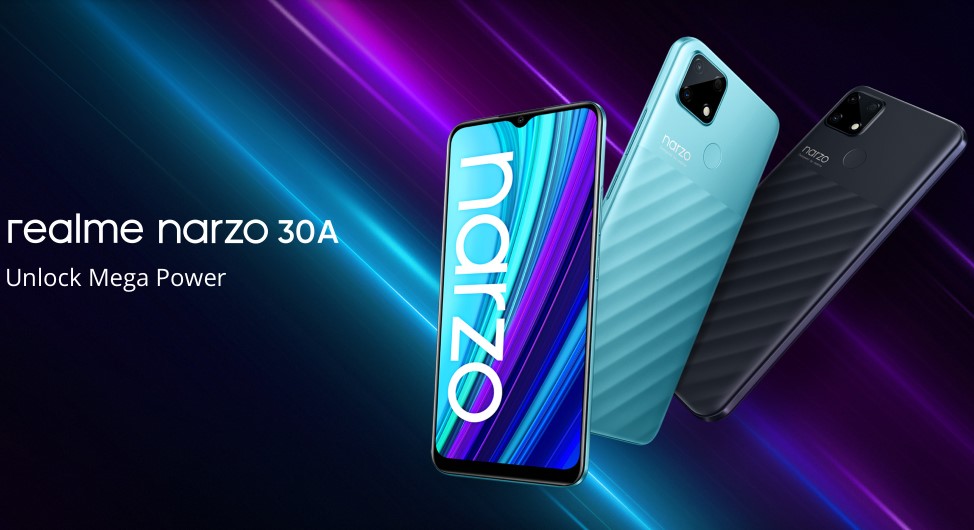 Meanwhile, the Narzo 30A realme uses a design called the Trendy Diagonal Stripe Design . This design gives a ‘split personality’ to the back cover of the phone. As much as 1/3 of the finely polished top is occupied by the fingerprint sensor and the rear camera module is boxy.
Meanwhile, the 2/3 of the part below has a diagonal stripe polish. Moving to the front, you will find a display with a water drop style screen. realme Narzo 30A has two color variants: Laser Black and Laser Blue.
The two phones not only have different designs, but also dimensions. realme Narzo 30 is slightly shorter, slimmer, thinner and lighter than its sibling. It measures 162.3 x 75.4 x 9.4 mm and weighs 192 g. While the Narzo 30A realme has dimensions of 164.5 x 75.9 x 9.8 mm and weighs 205 g. 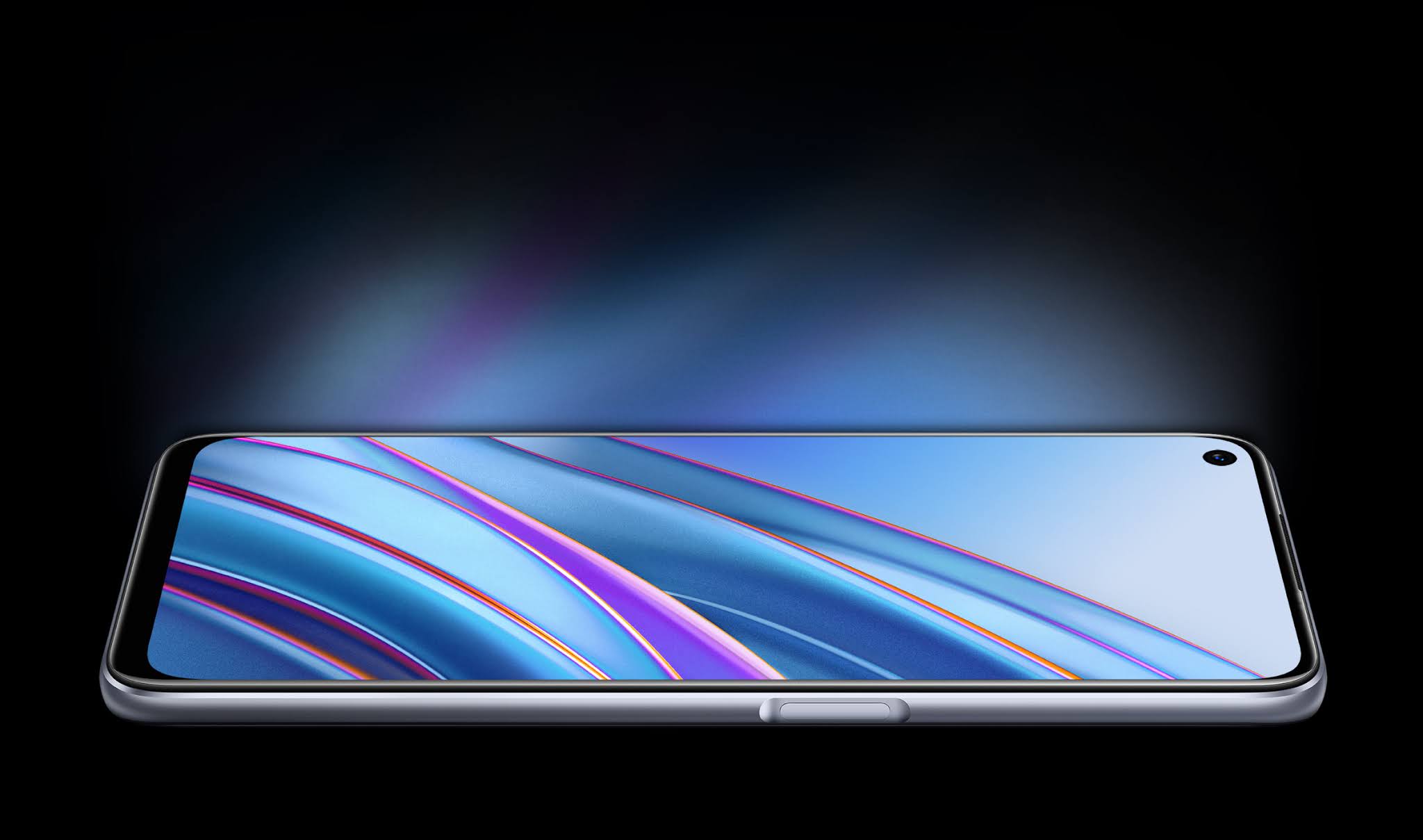 For the display sector, the two phones agree to use an IPS panel with a span of 6.5 inches. However, the realme of Narzo 30 is much more sip. The reason is, the resolution carried is Full HD + (1080 x 2400 pixels). This resolution divided by the screen landscape results in a pixel density of 405 ppi. This makes the displayed content very sharp.
Then, the Narzo 30 screen also supports a 90 Hz refresh rate. The scrolling experience of timelines on social media applications has become a smooth one! You can also play games at 90 Hz settings. Finally, the screen can display a maximum brightness of up to 580 nits.
All these advantages make the realme narzo 30A screen lag behind. Because, the resolution used is ‘only’ HD + (720 x 1600 pixels), and produces a pixel density of 270 ppi. The refresh rate is standard, 60 Hz. While the peak brightness is 570 nits. 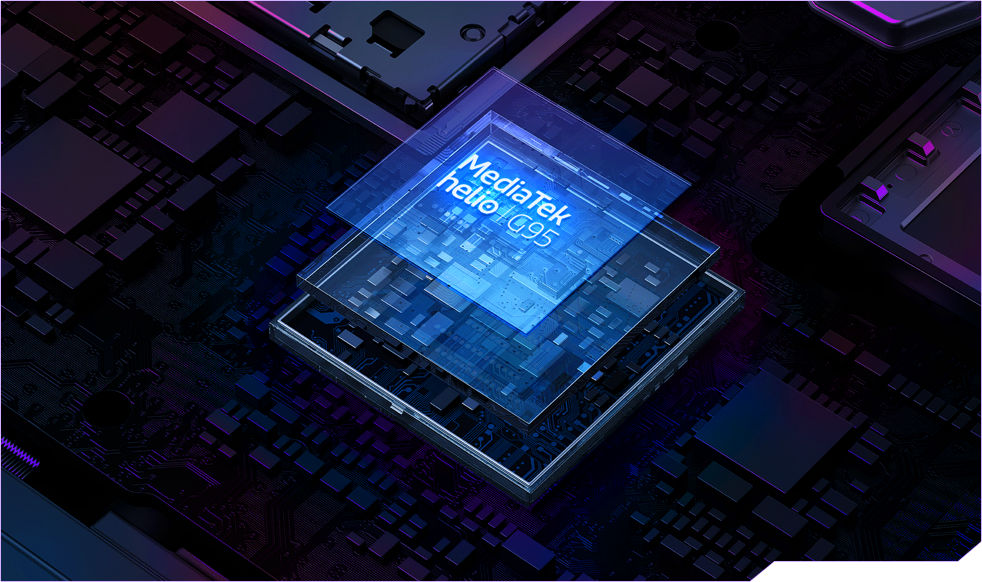 Both the Narzo 30 and the Narzo 30A realme are designed to be reliable when playing games. Therefore, the embedded chipset is MediaTek Helio G Series. This chipset is a mid-range SoC series with good graphics capabilities.
What makes this phone different is the chipset model used. Narzo 30 uses the Helio G95, while Narzo 30A is supported by the Helio G85. Both are formed by a 12 nm fabrication process. However, the Helio G95 is clearly more powerful because it is architecturally more modern, with a higher clockspeed .
This chipset uses a fast 2 core configuration with the Cortex A76 architecture (2.05 GHz) and 6 power efficient cores with the Cortex A55 architecture (2.0 GHz). In addition to modern architecture and high clockspeed , the GPU it contains is a higher caste. Namely the GPU 20 core Mali-G76 MC4 with a speed of 900 MHz.
While the Helio G85 consists of 2 Cortex A75 (2 GHz) fast cores plus 6 Cortex A55 (1.8 GHz) power-efficient cores . There is also a GPU 4 core Mali-G52 MC2 with a speed of 1 GHz 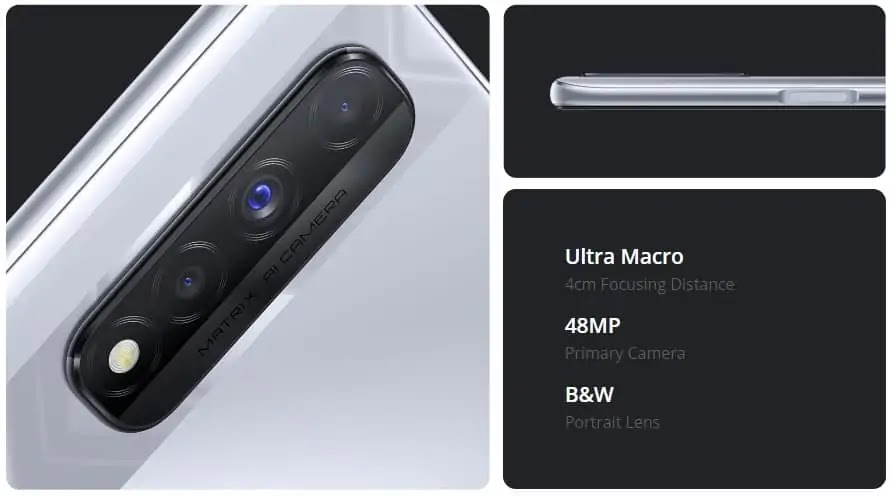 The Realme Narzo duo camera setup is not the same. In the rear sector, Narzo 30 is equipped with three camera lenses. The contents are the main lens 48 MP, f / 1.8; 2 MP macro lens, f / 2.4, and 2 MP black & white lens, f / 2.4. While the rear side of the Narzo 30A is inhabited by two camera lenses only: 13 MP main lens, f / 2.2 and black & white 2 MP, f / 2.4 lens.
How about the front? Narzo 30 uses a 16 MP, f / 2.1 selfie camera, while the Narzo 30A has a resolution of 8 MP, f / 2.0. In theory, the Narzo 30 realme camera is more reliable because it has a larger resolution and aperture, especially the main lens.
The difference in the specifications of this camera also affects the ability to record video. Narzo 30 is once again more snappy because it can record up to 4K 30fps resolution, and is equipped with a giro-based EIS stabilizer. Meanwhile, the Narzo 30A stuck at 1080p 30fps resolution and without any stabilizer. 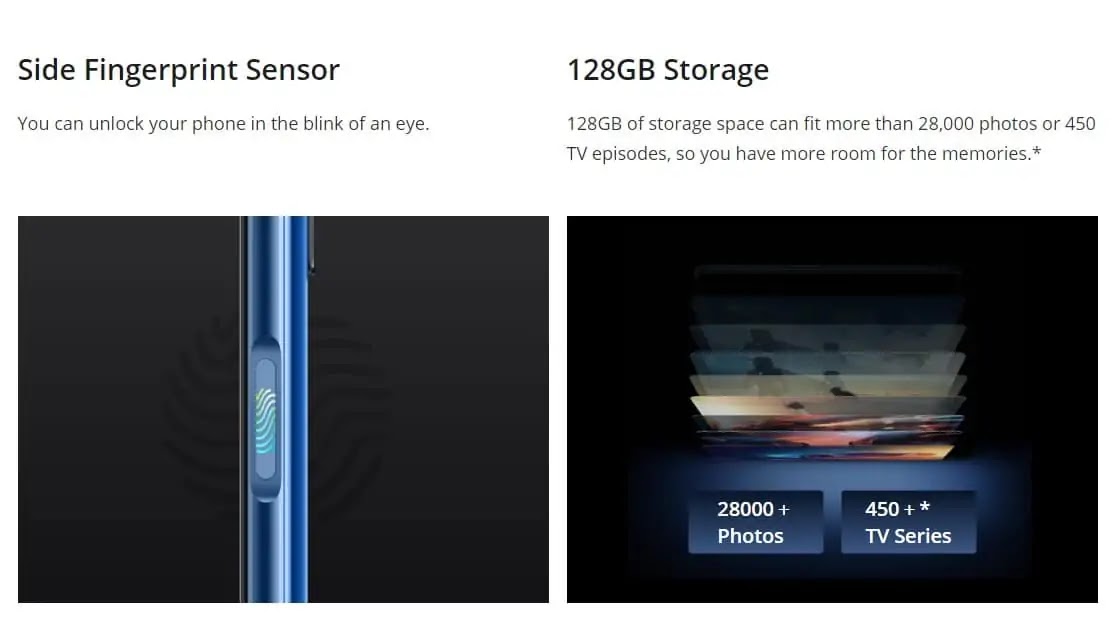 Realme Narzo 30A which arrived in Indonesia, Pakistan, India, has one memory variant, namely 64 GB internal memory with 4 GB RAM. Meanwhile, the Narzo 30 realme has 2GB more RAM (6GB) than its sibling, with double the internal memory (128GB).
In terms of type, the RAM of both phones is LPDDR4 technology. However, regarding the internal memory, Narzo 30 is more advanced because it already carries UFS 2.1. Narzo 30A still uses eMMC 5.1. This technological difference clearly makes the Narzo 30 much faster.
The reason is, UFS 2.1 offers a read speed of 750 MB / s, and a write speed of 150 MB / s. Meanwhile, eMMC 5.1 is stuck at a read speed of 250MB / second, with a write speed of 125MB / second. 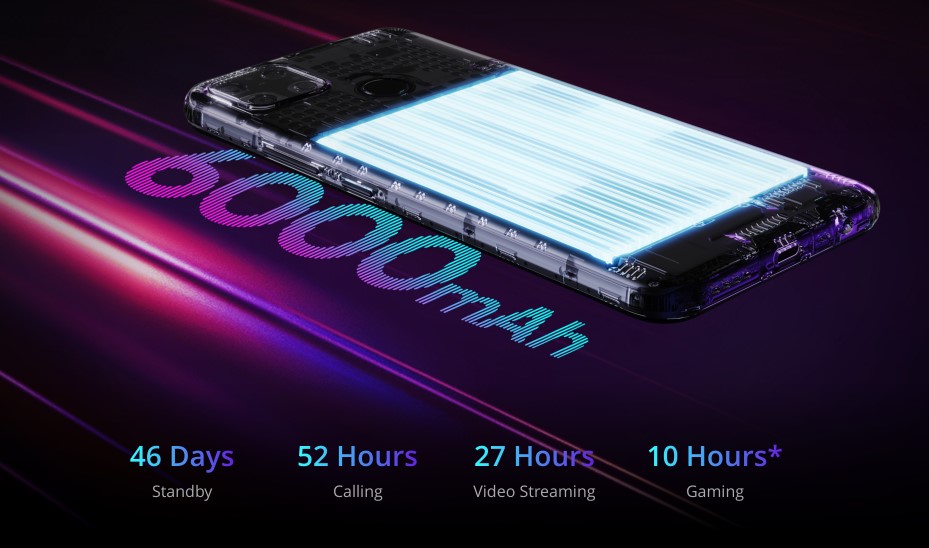 At this battery point, the Realme Narzo 30A is slightly superior. Because, it carries a battery with a capacity of 6000 mAh, 1000 mAh larger than the Narzo 30. Large battery capacity coupled with a screen resolution that is only HD + makes Narzo 30A theoretically able to serve users for more than one day.
Interestingly, the Narzo 30A can charge other Mobile phones because it has reverse charging technology . The thing that makes it lag behind the Narzo 30 is the charging problem. Because, he is only equipped with 18 W fast charging technology, while the Narzo 30 already uses 30 W.
It took you 3 hours 23 minutes to charge the Narzo 30A from empty to full, according to Techpk.co testing . Meanwhile, Narzo 30 is promised that the reality can fill from 0 to 100% in just 65 minutes. 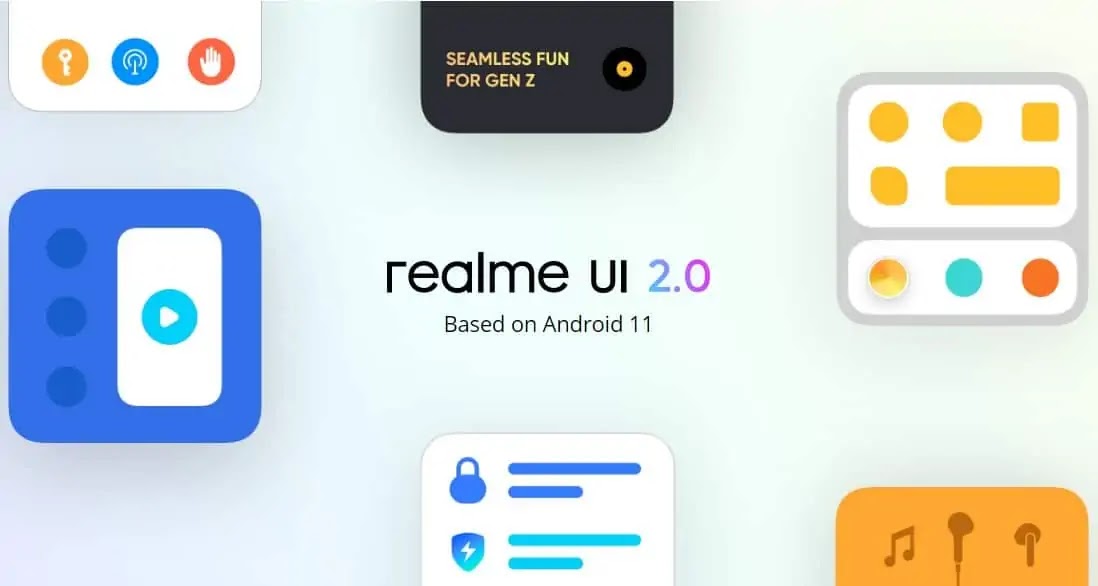 All sensors owned by Narzo 30A are on the Narzo 30. Starting from the accelerometer sensor, light, proximity, fingerprint (on the back), and compass. The difference is, the Narzo 30 fingerprint sensor is on the side (integrated with the power button). Then, Narzo 30 also has a gyroscope sensor.
Turning to connectivity issues, these two 4G phones can both pick up 5 GHz WiFi signals and have Bluetooth 5.0. However, unlike the Narzo 30, the Narzo 30A is not equipped with NFC. On the other hand, Narzo 30 cannot be used to tune FM radio broadcasts like his brother.
Well, about software , when it was released, Narzo 30 used the latest Android operating system, namely Android 11, which was coated with the Realme UI 2.0 interface. Meanwhile, the Narzo 30 released to the market is still using Android 10.

This is the discussion about the differences between the Narzo 30 realme and the Narzo 30A realme. The facts written above prove that Narzo 30 is indeed a more ‘serious’ version considering that there are many sectors that are superior to Narzo 30A.
It also means the suffix “A” in the name Narzo 30A so it is a sign that this phone is a lower specification Narzo 30. These different specifications of course created realme to reach different segments.