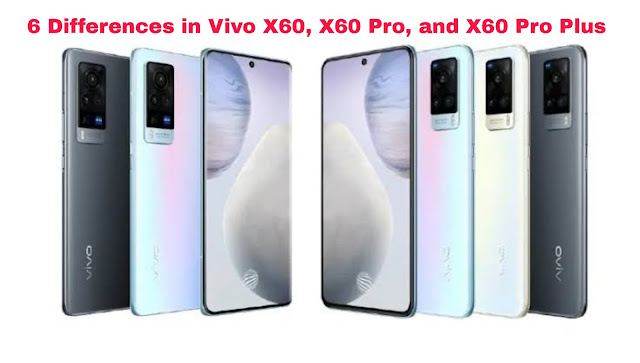 Finally the long-awaited by fans vivo came, namely vivo X60 complete series with all the increase of its predecessor, but still maintains stabilsasi who become his trademark dreadlocks. At least three initial variants were offered, namely the Vivo X60, x60 Pro, and X60 Pro Plus, before the X60t variant was finally released.
Lots of advantages are presented even at prices starting from 490 USD, such as the use of the OLED HDR10 + screen and refresh rate, and also the use of a fierce chipset from Qualcomm. Let’s look at some of the differences between these three Mobile Phones as follows!
{tocify} $title={Table of Contents} 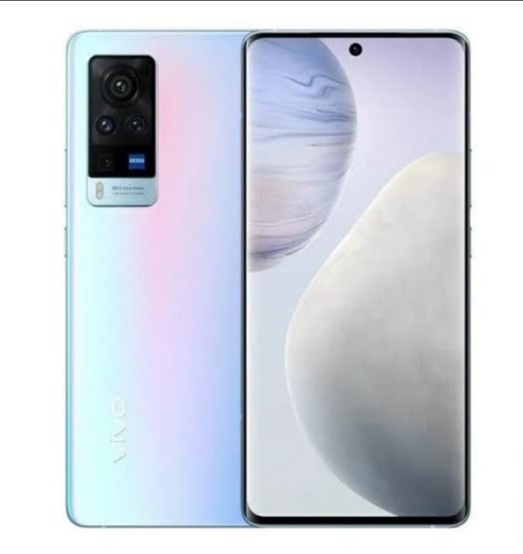 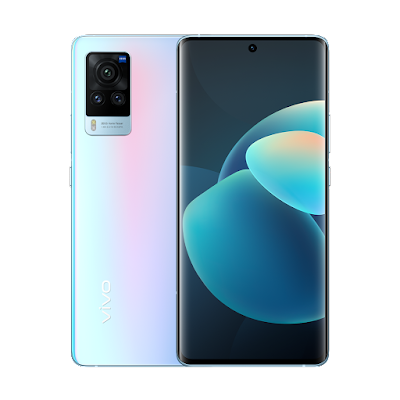 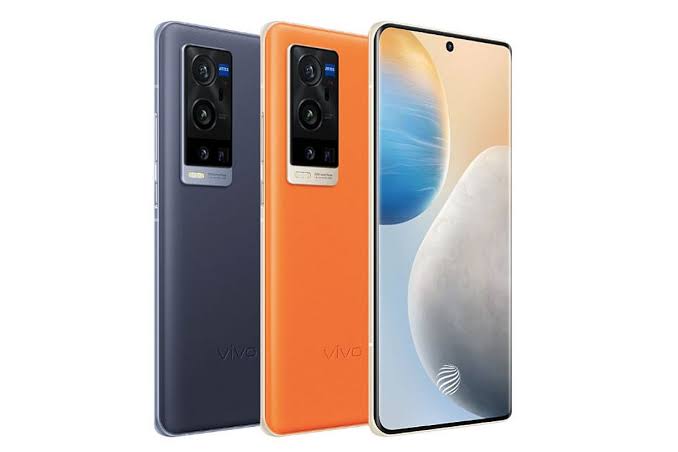 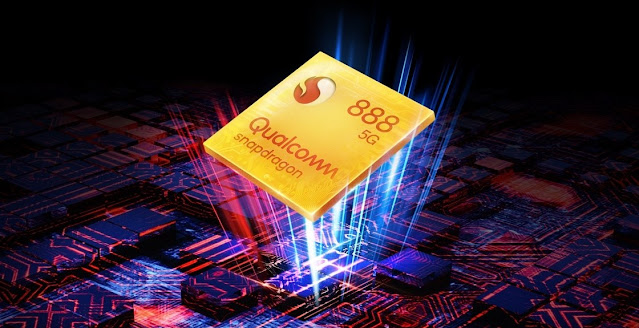 The three X60 series brothers both offer powerful chipsets. Especially the regular vivo X60 variant and also its brother X60 Pro , you have the opportunity to taste the Snapdragon 870 on 7 nm fabrication. Both are also presented with the Adreno 650 graphics card.
For information, Snapdragon 870 is a Qualcomm chipset released in the first quarter of 2021, to be precise on January 19, 2021. Its performance is undoubtedly, carrying an 8-core configuration consisting of one 3.2 GHz Kryo 585 core, three 2.42 GHz Kryo 585 cores and the last is 1.80 GHz Kryo 585 as much as four cores.
But for those of you who want to experience even more fierce performance, you should choose Vivo X60 Pro Plus which has presented Snapdragon 888 (5 nm). This is the most powerful Qualcomm chipset in the world until the time the X60 series was launched, the same chipset that visited the flagship Galaxy S21 series (USA / China). 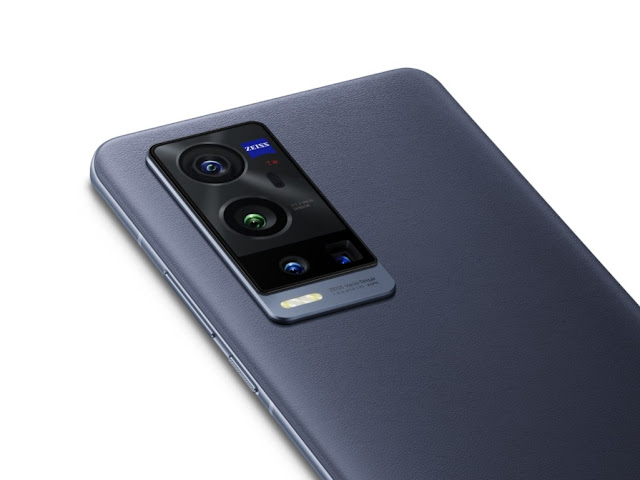 Each of the Vivo X60 series has a unique camera configuration. This is certainly good news, users feel an increase when deciding to buy a higher variant. On the regular vivo X60, a Triple Camera with a 48 MP resolution Sony IMX 598 sensor is attached .
The lens has an aperture of f / 1.8 with a sensor size of 1 / 2.0 inch, accompanied by two companion lenses of 13 MP as a telephoto sensor and a 13 MP lens for ultra-wide functions. And apparently, the Vivo X60 Pro also has a similar lens configuration.
The difference is, the main lens of the Pro variant has a larger aperture, f / 1.5. And, as was introduced to the Vivo X50 Pro feature, in fact the Vivo X60 Pro is also equipped with gimbal stabilization which is useful for keeping the results of the photos so they are not easily blended .
It was only when moving to the Pro Plus variant that the number of cameras and features were further increased. It’s no longer a Triple Camera, but the Vivo X60 Pro + includes a Quad Camera configuration which is certainly more capable of making photographic moments feel valuable.
As the main camera, you are presented with a powerful 50 MP sensor which is accompanied by Laser AF capabilities and also Optical Image Stabilization. Meanwhile, the Pro Plus variant also has an additional camera, the telephoto periscope sensor at 8 MP resolution. Certainly, this lens can be relied upon to take up to 5 times the optical zoom.
Apparently this long-distance lens is not alone, because there is another 32 MP telephoto lens with 2 times lossless zoom capability . As for the two previous variants, the gimbal stabilization is located on the main camera. Now, the Vivo X60 Pro Plus offers a gimbal feature on a 48 MP ultrawide sensor as its fourth lens.
Vivo has also collaborated with Zeiss to present Zeiss Optics in these three variants. The difference is, only the Pro Plus variant is equipped with a Zeiss T * lens coating to help reduce ghost imaging in photography. Not to forget, the Vivo X60 Pro Plus is the only variant that supports 8K and HDR10 + recording via the rear camera.
That was the difference in the rear camera. Is the front camera different too? Well , all three of them use a 32 MP sensor. The difference is, especially for Pro Plus variant users, you can take selfie videos in 4K. 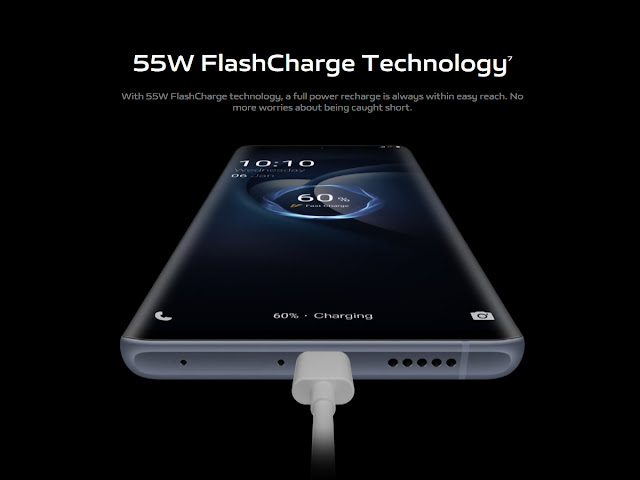 As a smartphone , each of the three variants of the Vivo X60 series must have concerns about how long the Mobile Phone can last. Fortunately, users don’t need to worry because all three have batteries with good capacities.
In the cheapest variant, we can enjoy a battery with a capacity of 4300 mAh (Li-Polymer). Uniquely, even though it is the cheapest variant, it seems that this capacity is the largest compared to the two brothers. For both the Vivo X60 Pro and the X60 Pro Plus, it actually features a 4200 mAh battery.
This capacity is of course just a trivial matter, considering the difference is only 100 mAh. Especially for Mobile phones that use an OLED display panel, the 4000 mAh battery is considered sufficient to support daily needs.
If you’ve used your Mobile phone to the end of its battery, these three phones can be fully charged again very quickly. For the regular vivo X60 and vivo X60 Pro, a 33 W fast charging feature is provided . Unfortunately, users who intend to get the Pro variant will not get an increase in features in terms of fast charging .
If 33W of power is not enough to support your lifestyle, you can consider the Vivo X60 Pro Plus which uses 55W fast charging . 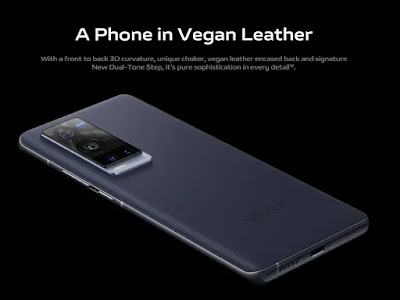 The body material also supports the attractiveness of a smartphone . Questioning the body of the three variants of the Vivo X60, anyone can judge that all three are premium phones . The reason is, all of them no longer use polycarbonate plastic material that seems “in the market”.
Especially for the regular and Pro variants, Vivo deliberately uses glass, aka glass, which makes it look even more luxurious. Plus, users don’t have to worry about this glass material reflecting reflections, because Vivo uses the AG Glass ( anti-glare ) process.
If you are interested in the Vivo X60 Pro Plus, the material you will feel is eco leather, aka artificial leather, which does not use harmful chemicals. This leather material is considered more useful, does not make fingerprints stick, and is also safer when the mobile phone is dropped compared to glass. 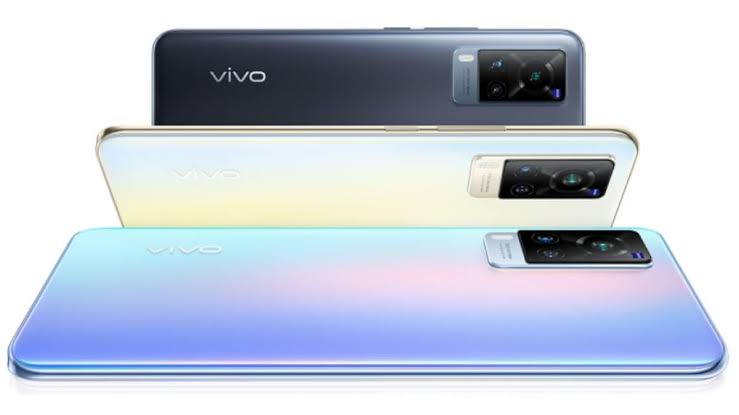 In addition to the materials used, of course, you have to judge a mobile phone by its weight as well. The problem is that weight can affect the user experience when used for a long time. In this case, the regular Vivo X60 and Pro are ideal choices.
Even though the two have some differences, it seems that the Vivo X60 weighs 176 grams which is not much different from the Vivo X60 Pro. For information, the Pro variant weighs 179 grams. What about the Pro Plus variant as the most sophisticated and most expensive?
The top variant has the largest weight, which is 191 grams. This is not too much weight, at least it is still lighter than some flagship phones which generally weigh around 200 grams more. The reason for the weight of the Pro Plus is allegedly because it has more camera lenses (four instead of three). 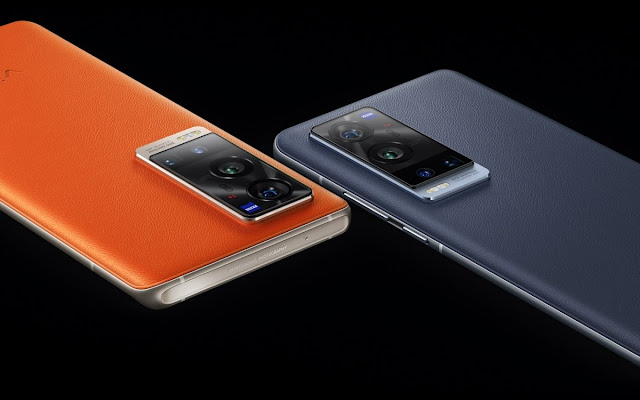 source: https://gsmarena.com
The next difference that is no less interesting to discuss is the color variant. As is well known, the regular Vivo X60 and Pro do have the same material, namely glass. Therefore, it is natural that these two variants have the same color choices.
The color that has bright shades is Shimmering Blue, which has a bluish white color that gives a silky , soft and cool impression on the eyes. As for those for professional use, there is also a Midnight Black color.
For the Vivo X60 Pro Plus, then you are offered something different, namely Orange and Emperor Blue. For those who like it dark, they will appreciate the color of Emperor Blue, the charming and mysterious dark blue. Meanwhile, for those who feel festive , they are guaranteed to be amazed by the refreshing orange Classic Orange color.
The orange color on this mobile phone is the one presented on the OPPO X2 Pro. It seems that this color is quite popular among the flagship and flagship killer people , so it is one of the reasons for the return of this color to the market.

So, has your curiosity been answered? Those are the points of difference worth knowing if you are interested in owning one of the Vivo X60 series. Of course, all three are released at different price points , which is useful so that users can freely adjust their budget and needs.
Our own opinion, it would be a shame if you only settle on the vivo X60. The reason is, the gimbal feature is one of the selling points that is being celebrated on the Vivo X series, like the X50 which is its predecessor. And like the X50 too, the regular variant doesn’t come with the gimbal feature.
Meanwhile, for those who are confused between the Pro and Pro Plus variants, the method of determining it is quite simple. Can you benefit from higher fast charging ? Or, do you really need remote shooting features, while also having an extra budget ? If so, don’t hesitate to choose Vivo X60 Pro Plus.