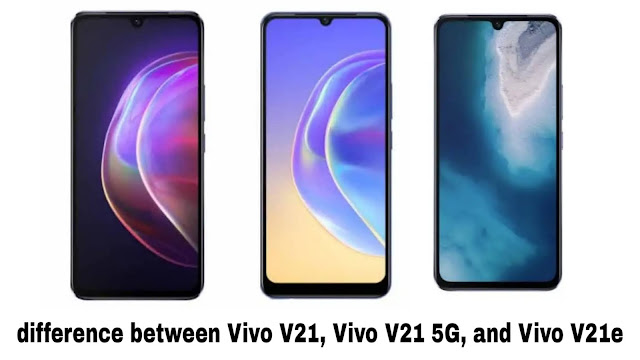 Since the Vivo V20 series has succeeded in stealing the hearts of the global community. Now Vivo is proclaimed to be releasing its newest line of products in the middle class, namely the Vivo V21 series. In this series Vivo introduces three slim design models including Vivo V21, Vivo V21 5G, and Vivo V21e. The three of them are ready to present a number of interesting and up-to-date specifications for users to try out.
As a mobile phone that is in the middle level, of course the battery system of the three is reliable with a capacity of 4000 mAh. Then, their battery arrangement supports fast charging technology with a power of 33W which promises the Mobile Phone will get 60 percent power in just 30 minutes.
The three models that apparently have not been equipped with NFC technology apparently get a Bluetooth 5.1 feature which has a communication speed faster than 2 Mbps and is already integrated with the concept of the Internet of Things (IoT).
The three of them also offer a variety of sensors such as fingerprints, compasses, proximity, and accelerometers, but for Vivo V21 and Vivo V21 there are additional gyro sensors.
To get acquainted further with the vivo V20, vivo V21 5G, and vivo V21e, you can browse the specifications of each of the vivo models which have been summarized by Techpk below:
Vivo V21 Specifications 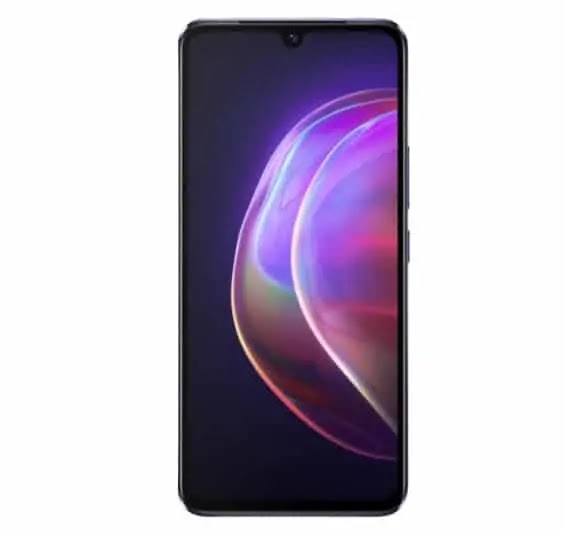 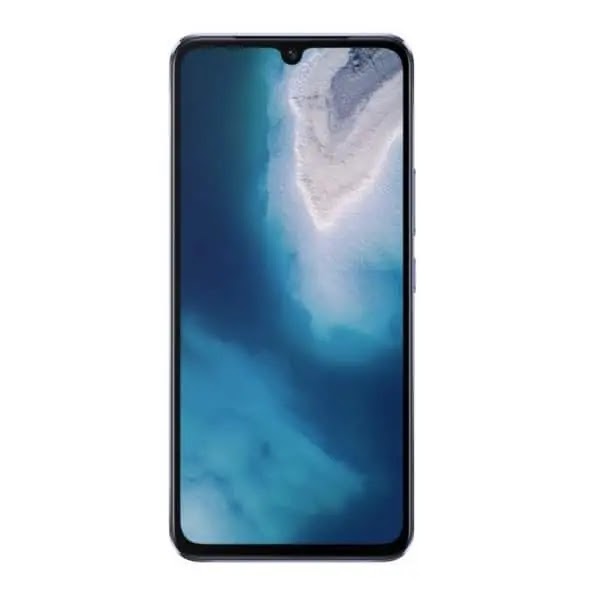 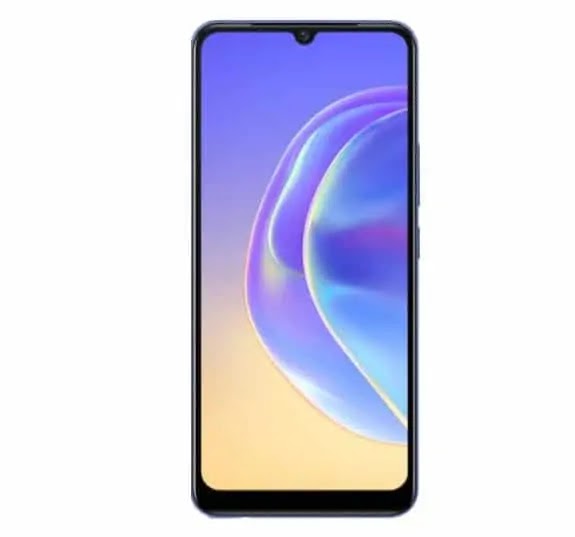 How are you satisfied with getting to know the three models in the Vivo V21 series through the specifications above? Surely you already know what are the differences between the three Vivo devices . However, don’t worry if you don’t know the difference between the Vivo V21, Vivo V21 5G, and Vivo V21e because Techpk will reveal the following in full:

1. The scramble to have an ideal and attractive body 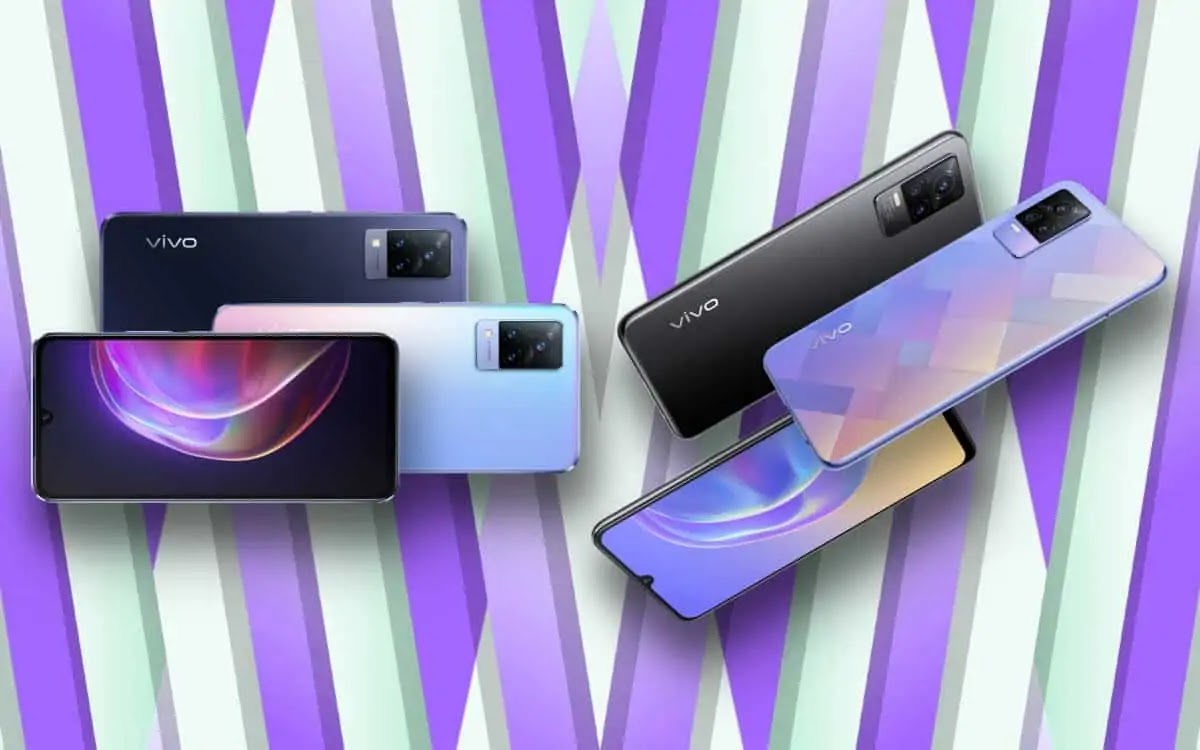 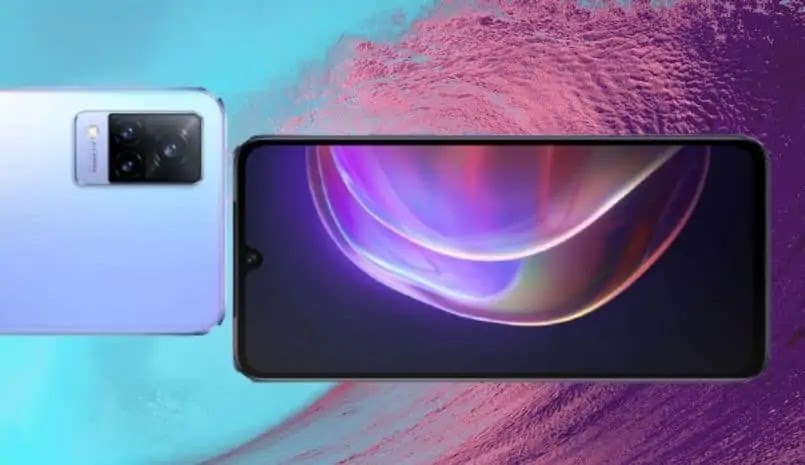 The three Vivo phones carry an AMOLED screen measuring 6.44 inches which has a harmonious resolution of 1080 x 2400 pixels. Not only that, users of these three smart devices can try the sensation of the fingerprint feature embedded under the screen, which is useful for protection for users in maintaining device security.
With a 20: 9 ratio, all three offer the luxury of a pixel density of 409 ppi that pushes the screen of the device sharper and clearer. However, when examining the screen brightness level, the Vivo V21 and Vivo V21 5G have a large brightness of 500 nits, compared to the Vivo V21e which has to be stuck at 430 nits.
Again, all the devices in the Vivo V21 series have one voice in responding to the refresh rate they provide. All three have a 90Hz refresh rate , which is ready to provide a smoother and more agile visual experience when scrolling through various content or applications on the screen.

These three smart phones from Vivo are accompanied by image quality with great contrast between light and dark colors. However, it seems that Vivo V21 and Vivo V21 5G are more classy with the use of HDR10 + technology, while Vivo V21e is below it by embedding HDR10 technology.
For those of you who like to run gaming applications , the Vivo V21 series is worked on with a spacious screen so that users can freely play. In fact, the three vivo models face differences, the screen-to-body ratio of the Vivo V21e is apparently smaller, namely 83.5% compared to the Vivo V21 and Vivo V21 5G, which have a ratio of 84.8%.

Even though the three of them run on Android 11 with the 11.1 interface system, in the kitchen aspect, it looks like the Vivo V21e will experience isolation. Not without reason compared to the vivo V21 and vivo V21 5G architectures from MediaTek, the Vivo V21e decided to appoint a Qualcomm kitchen designer.
On the V21e device, the performance relies on the Qualcomm SM7125 Snapdragon 720G chipset with an 8nm fabrication. With the support of an Octa-core CPU which is made of two Kryo 465 Gold cores with a performance of 2.3 GHz and six Kryo 465 Silver which has a clock speed of up to 1.8 GHz.
In supporting a satisfying animation display for its users, Vivo V21e appoints Adreno 618 as its graphics processor. Its performance is even more powerful thanks to 8GB RAM and 128GB of internal memory, allowing users to open heavy applications and store lots of data. Also can be added with a special slot for microSDXC.
Switch to the vivo V21 and vivo V21 5G be dazzled by the performance of the 7nm-based MediaTek MT6853 Dimensity 800U 5G. Configuring an Octa-core CPU consisting of two Cortex-A76 for 2.4 GHz speed and six Cortex-A55 chips capable of producing 2.0 GHz power.
By inviting Mali-G57 MC3, it is hoped that the V21 and V21 5G devices can improve video performance and display maximum graphics. Both vivo smart phones have increasingly reliable performance with the appearance of 8/128 GB of storage space. However, for Vivo V21 it turns out that it presents an additional combination, namely 8/256 GB. 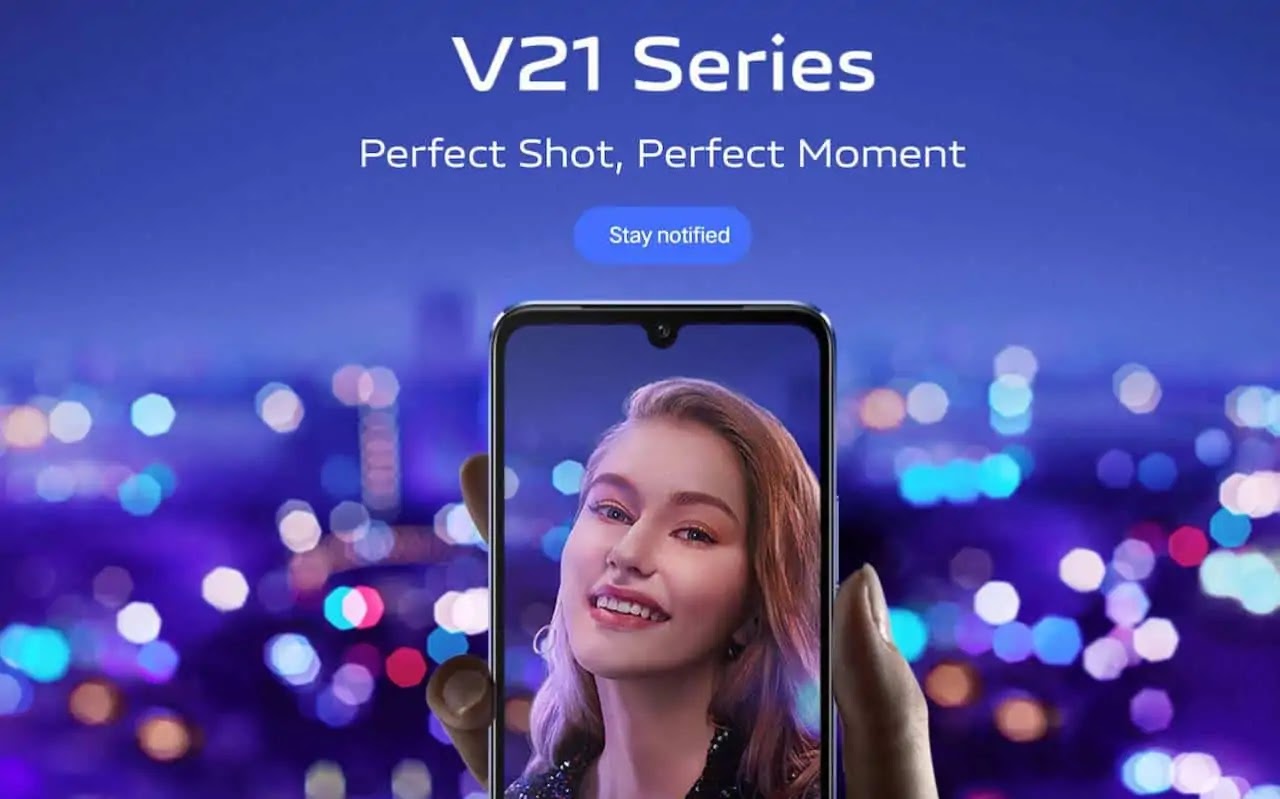 The three models in the Vivo V21 series should be grateful because they have been presented with a high camera configuration and are able to produce captivating images. As in the main camera for the macro sensor, all three get 2 MP resolution with an f / 2.4 aperture and an 8 MP ultrawide sensor which has an f / 2.2 diaphragm.
Then, these three phones also have a primary sensor that matches the resolution, which is 64 MP. However, for the wide sensor of the Vivo V21e it is equipped with f / 1.9 openings, while the Vivo V21 and Vivo V21 5G have an f / 1.8 diaphragm where the bokeh effect will be clearer.
Not only that, the Vivo V21 and Vivo V21 5G present an OIS feature to reduce blurry photos when shooting in moving situations. The main cameras of the three vivo devices deliver the same number of additional features including LED flash, HDR and panorama.
Meanwhile, the Vivo V21 and Vivo V21 5G have the ability to record with a resolution of 1080p @ 30 / 60fps and 4K @ 30fps which are not accompanied by OIS. Unlike the Vivo V21e which adds gyro-EIS technology to produce stable videos.
Moving to the selfie camera, Vivo V21 series users will be amazed by the camera shots. The reason is, the configuration of the three front cameras is 44 MP which has f / 2.0 openings, complete with auto-focus.
Like the main camera, the front cameras of the Vivo V21 and Vivo V21 5G are also accompanied by OIS technology which has the same use. In order to produce quality photos with good contrast, the three devices in the Vivo V21 series invite the HDR feature. S
Unfortunately, the Vivo V21e selfie camera is not supported by Dual-LED flash as it is embedded in its brother. For the selfie camera video system, it seems that the three of them look harmonious with two resolutions attached, namely 4K @ 30fps and 1080p @ 30fps. 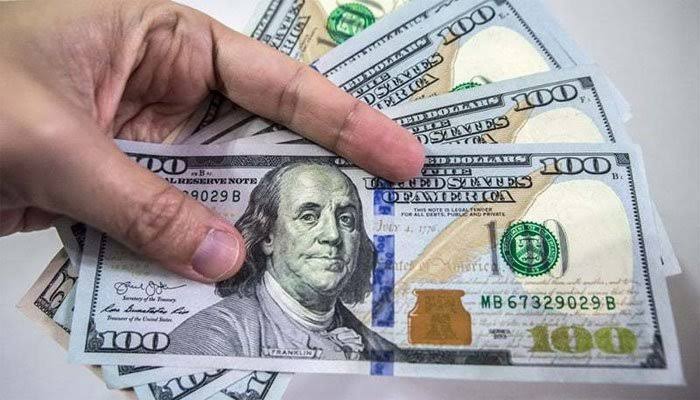 For those of you who cannot be separated from the presence of radio features, Vivo V21e still provides these services via FM Radio. Meanwhile, the radio feature cannot be enjoyed by users of the Vivo V21 and Vivo V21 5G. Next, the third navigation system is supplied by GPS from Yes, with A-GPS, GLONASS, GALILEO, and BDS, but for Vivo V21e also supplies QZSS.
In presenting blaring audio, the Vivo V21e is accompanied by a 3.5mm jack complete with 24-bit / 192kHz. Meanwhile, the vivo V21 and vivo V21 5G have to bite your fingers because they are not designed with a 3.5mm jack. One thing that cannot be left behind from the differences between the three is that only one model supports the 5G network, namely the Vivo V21 5G.
All devices in the Vivo V21 series are available in several color choices, including Dusk Blue and Sunset Dazzle, especially the Vivo V21e, there is an additional Arctic White color. For matters of price with the 8/128 GB type, the Vivo V21 is price 390 USD, the Vivo V21e is around 290 USD, and the Vivo V21 5G is ready to take home with a dowry of 414 USD.

From the above discussion, it can be seen that the Vivo V21 and Vivo V21 5G have identical specifications, starting with a slim body, a spacious body-to-screen ratio, good brightness, a runway from Qualcomm, the main camera with OIS technology, equipped with sensors gyro, and comes in many color variants.
Meanwhile, the Vivo V21e appears with a light body, with a MediaTek processor, a gyro-EIS technology videography system, a 3.5mm jack with 24-bit / 192kHz audio, an additional navigation system from QZSS, still features FM Radio, and a price offer. which is more affordable.
That was the discussion about the differences in Vivo V21, Vivo V21 5G, and Vivo V21e. Hope you get new insights from this Techpk article. Don’t forget to keep up with Techpk so you don’t miss the latest information about technology and gadgets!
20.59368478.96288