Skip to content
Home Mobile phones Come on, know these 7 differences between OPPO A15 and OPPO A16! 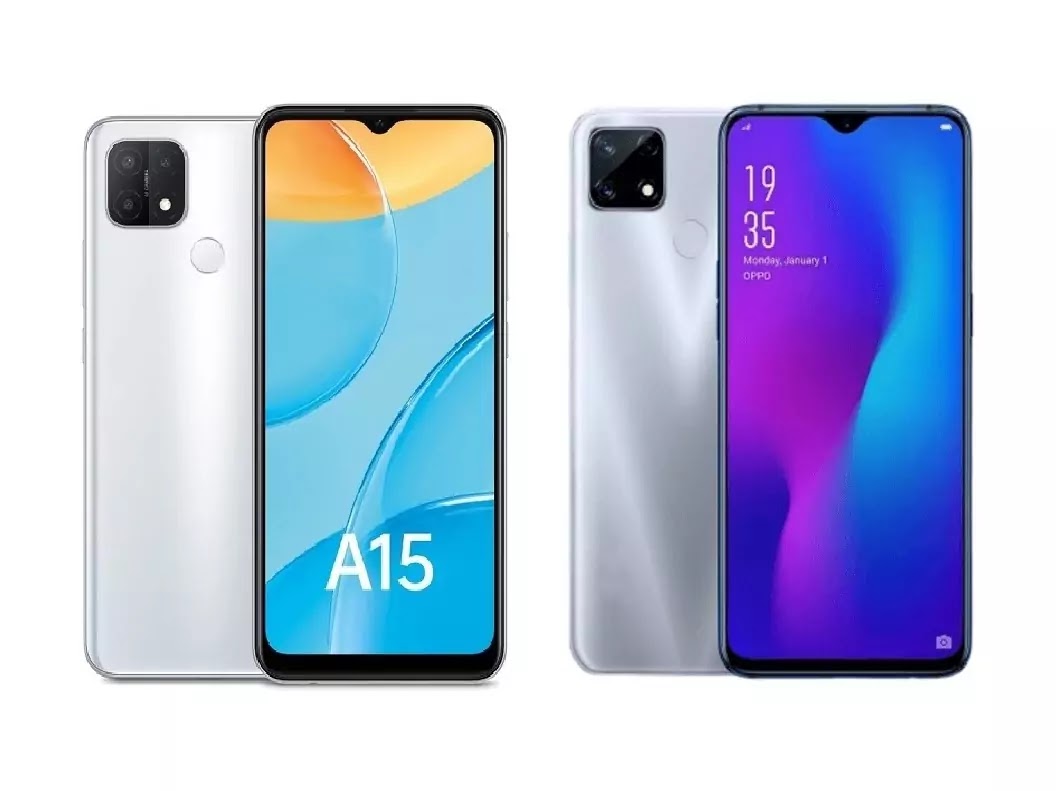 OPPO has a series of devices devoted to the entry-level market . This series is called the OPPO A Series. The purpose of the OPPO A Series is of course to provide appeal or appeal to people who need a simple cellphone, but still feasible to support their daily needs.
Well, in mid-July 2021, the OPPO A16 was born which offers superior specifications at a price class of. 75$ This is also the next generation of the OPPO A15 which was released a year earlier, in October 2020.
Given how rapid development of technology smartphone from year to year, it does not hurt , you know find out about the differences between the OPPO OPPO A16 and A15. By knowing the difference, you will have an idea of ​​u200bu200bthe standard of eligibility for entry-level Mobile Phone in 2020 and 2021, especially for the OPPO A Series. Come on, just take a look at this article!
OPPO A15 Specifications 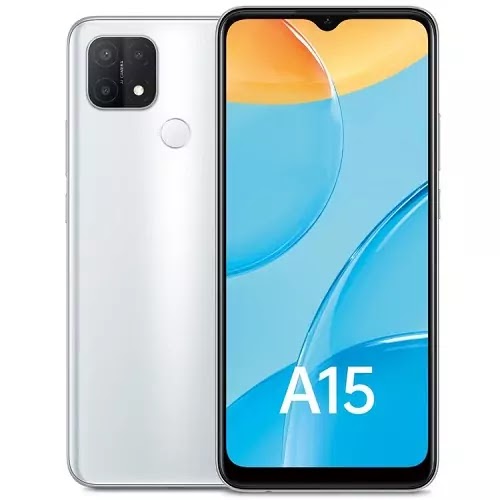 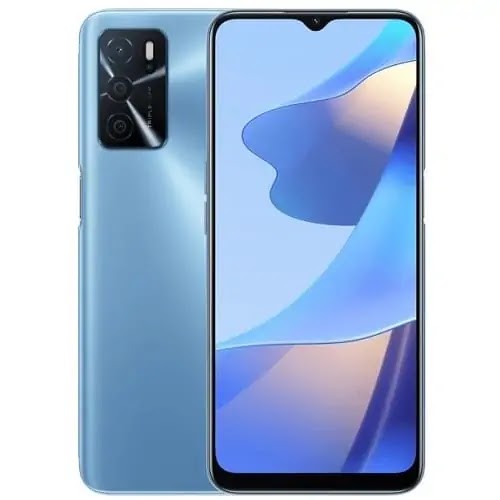 Difference between OPPO A15 and OPPO A16

{tocify} $title={Table of Contents}
Those of you who have been waiting for the presence of the OPPO A16 from the first will definitely be excited to see the comparison with the OPPO A15. So, what are they? Find out at the following points of difference, yes! 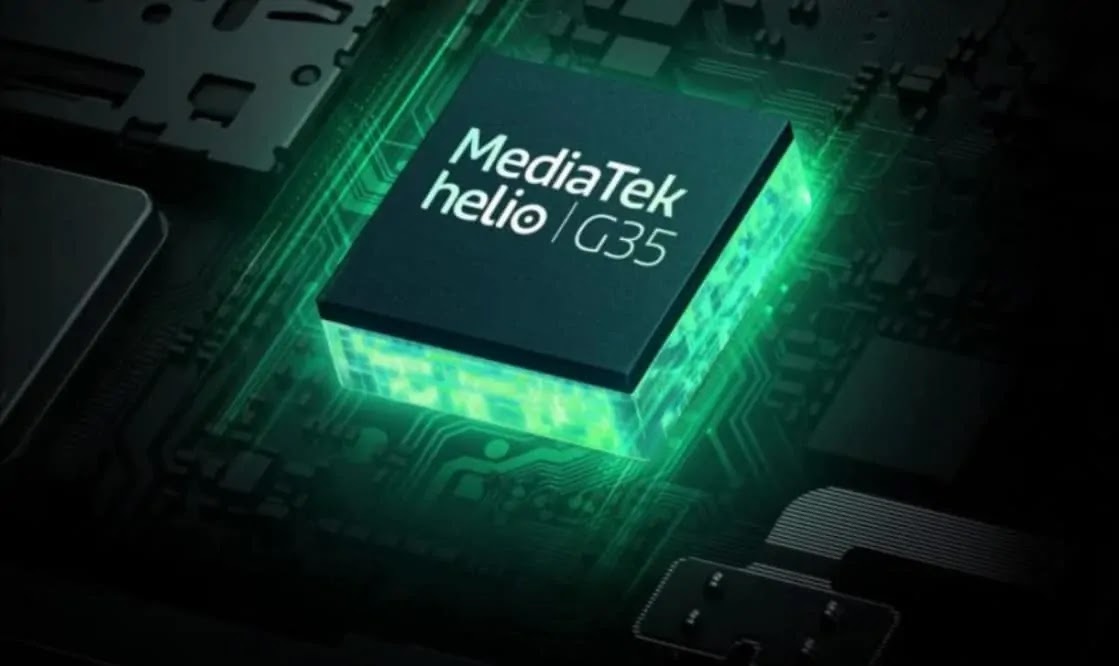 Who ya got in Mobile Phone’s gaming hobby? There is good news for those of you who are eyeing Mobile Phone midrange from OPPO. The reason is, the OPPO A16 has been presented with an increase in the chipset compared to the OPPO A15. Yes, the OPPO A16 is powered by the MediaTek Helio G35, more powerful than the OPPO A15 which only relies on the MediaTek Helio P35 SoC.
How much is the difference in performance between the two chipsets? First of all, let’s dive into the technical specifications. The MediaTek Helio G35 and Helio P35 are both presented with a 12 nm manufacturing process. In fact, they both use an integrated GPU in the form of the PowerVR GE8320.
Both use a similar but not identical octa-core combination . On the Helio P35 (OPPO A15), there are 4 ARM Cortex A55 cores operating at a frequency of 2.35 GHz, and 4 ARM Cortex A55 cores at a clock speed of 1.8 GHz.
Read Also: Difference between OPPO A74 and OPPO A74 5G
While on the Helio G35 owned by OPPO A16, the difference lies in the high performance ARM Cortex A55 core which has a clock speed of 2.3 GHz instead of 2.35 GHz. Yes, the difference is very thin, right?
One thing is for sure, the Helio G series is a chipset series that is more devoted to gaming . So, its performance is certainly better than the Helio P35 which is designed for daily needs only.
Based on the results of the AnTuTu v8 benchmark performance test reported by NanoReview, the Helio G35 has a score that is 11% higher than the Helio P35, the comparison is between 109,000 and 99,000.
OK, noted . So the Helio G35 has a higher performance. But is the chipset worthy of playing heavy games? The answer, alas: not yet.
AnTuTu score of 100 thousand on midrange Mobile Phone is still low. There are still a lot of why Mobile Phone-Mobile Phone that offer more advanced specs at the same price. For example, the Helio G85 on the Infinix Note 10, or the Helio G80 on the Redmi 9, and many more.
Maybe it can still be used to play PUBG M, but even then at low settings and with an unpleasant frame rate. Back again to the need, anyway . If you only play light games, the OPPO A16 is enough. 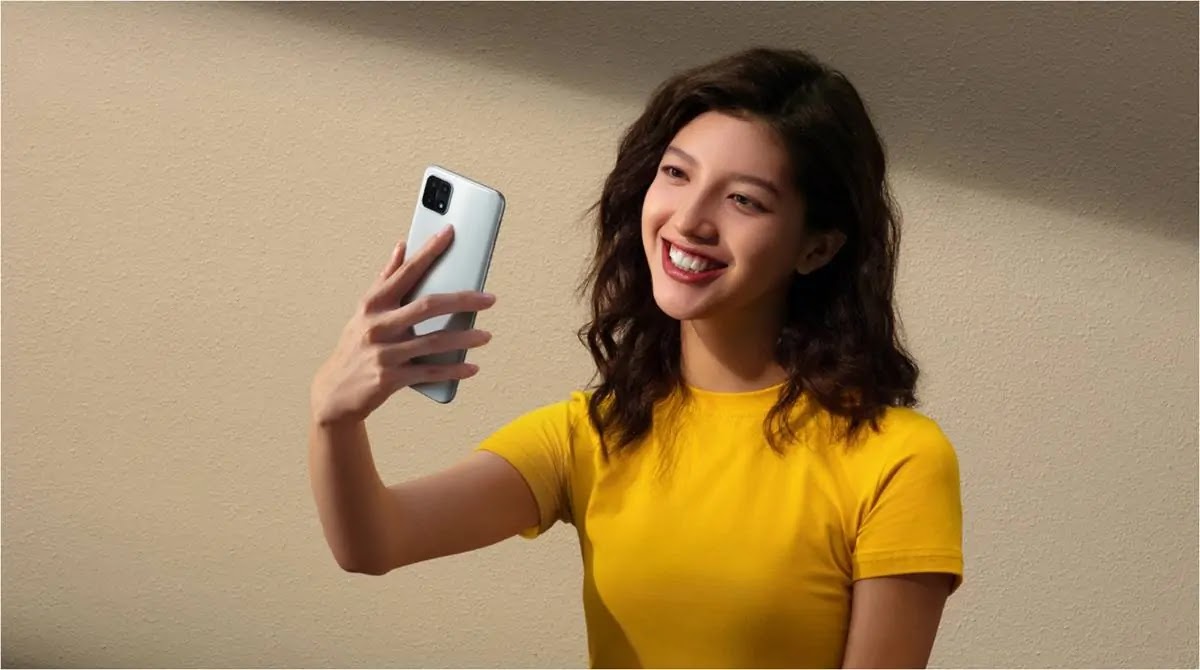 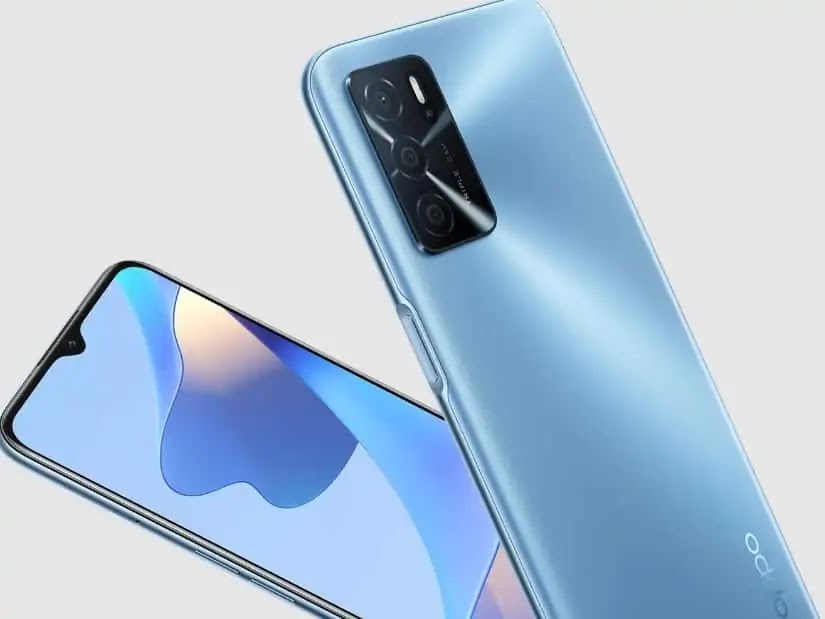 The port under the Mobile Phone body not only functions as charging, but also for transferring data between the Mobile Phone and PC. The OPPO A15 which is a 2020 Mobile Phone output is only equipped with a microUSB type port, while the OPPO A16 has a USB Type-C port.
The difference between the two is small but significant in daily practice. Due to the asymmetrical shape of the microUSB plug, you’ll have a hard time plugging the cable into the port properly. While the USB Type C is symmetrical, the cable will successfully enter the port even in the “upside down” position. 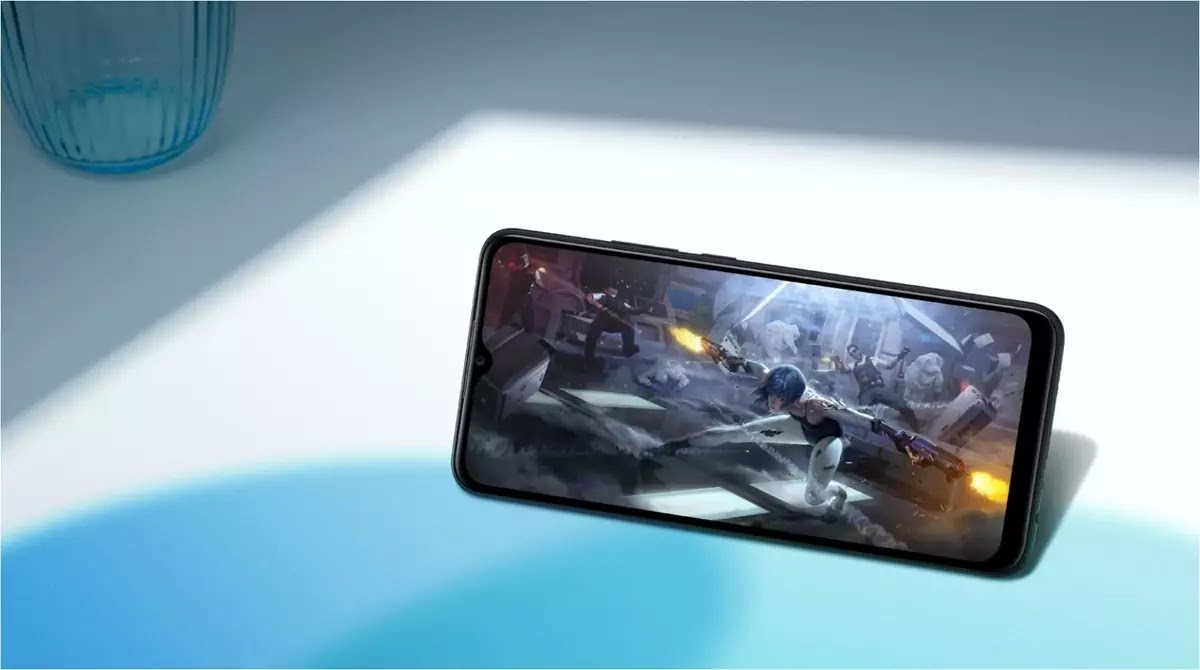 OPPO A15 is not as good as OPPO A16 in some aspects. However, its slimmer and lighter body makes it more comfortable to hold. For the record, the OPPO A15 weighs 175 grams while the OPPO A16 is even heavier at 190 grams.
OPPO A15 also only has a thickness level that is not so great, which is only 7.9 mm, so it will be easier to put in a pocket and really feels right in the hand. Behind that too, the OPPO A16 apparently carries a thickness of 8.4 mm which is no longer included in the thin category. 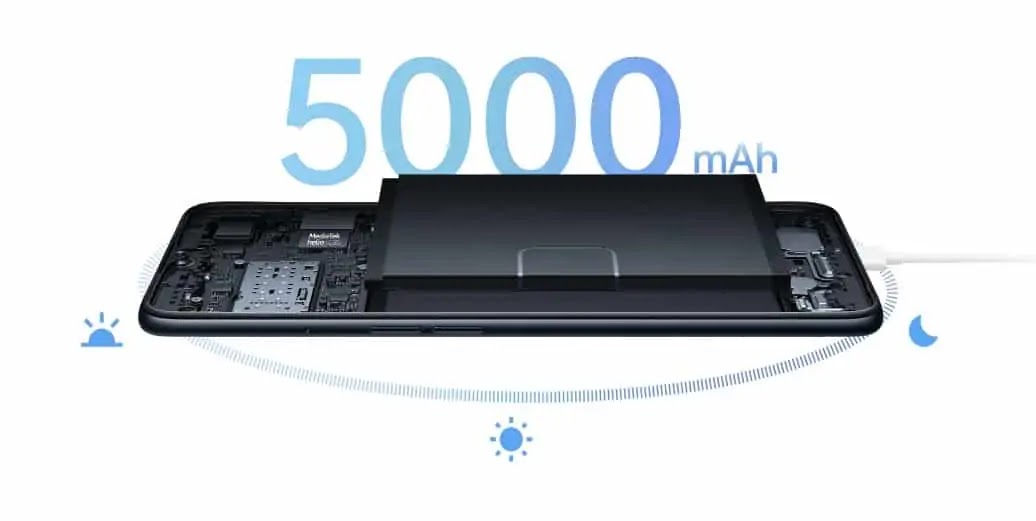 Don’t want to always depend on a power outlet or power bank ? In this case, OPPO A16 will suit you better than OPPO A15. Why? Because OPPO A16 does offer a larger battery capacity, namely Li-Po 5,000 mAh.
The OPPO A15 also has a fairly large battery, but its 4,230 mAh capacity is certainly not as durable as the OPPO A16. Both of them are equipped with the Super Power Saving Mode feature which can make the cellphone last for hours on call even though the remaining battery is only 5%.
For charging capabilities, it’s a shame that both of them only carry 10 W charging without fast charging . According to information from its official website, OPPO A15 is claimed to be able to last for 16 hours on online HD movie viewing activities.
While on the OPPO A16, the duration of video streaming can last even longer, which is about 21 hours in a single charge. Of course the duration is fairly good at low price Mobile Phone. 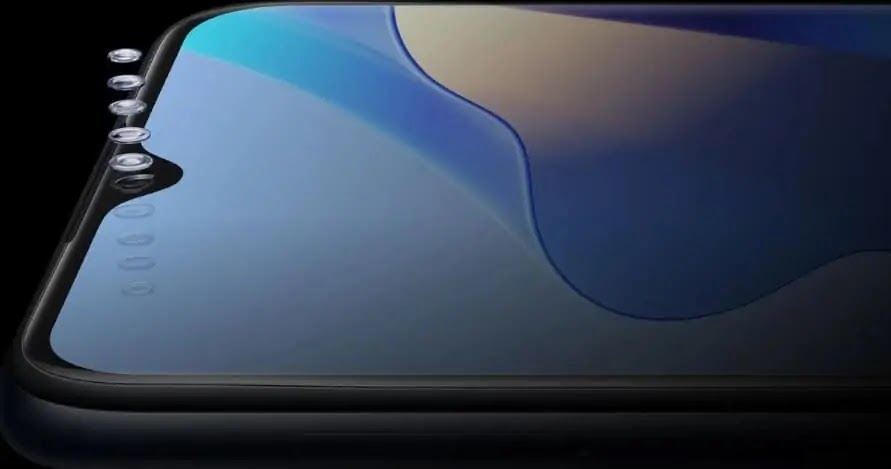 Both OPPO A15 and OPPO A16 are presented with the same rear camera resolution, namely a 13 MP wide-angle sensor, a 2 MP macro camera, and a 2 MP depth lens . This Triple Camera combination is believed to be able to support daily photography needs well.
However, both have different resolutions on the front camera in the form of a waterdrop notch . While the OPPO A15 is equipped with a 5 MP sensor, this resolution becomes 8 MP on the OPPO A16.
The camera features on these two phones are quite diverse, ranging from AI Beautification that can beautify your selfie photos, Dazzling Mode which can make color reproduction more lively, to Bokeh Filters to provide a high-aesthetic background blur effect .

Having an affordable phone from OPPO is certainly very interesting. OPPO A Series does know what its consumers want, namely capable photography skills, beautiful body designs, and wide screens.
OPPO A15 and OPPO A16 both deserve your appreciation, even though they both have performance qualities that lag behind their competitors. This is because the main focus of the OPPO A Series is not on performance, but on the use of a balanced all-around from all sides. So, which one would you like to have?