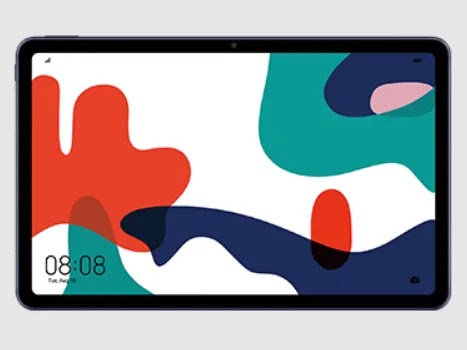 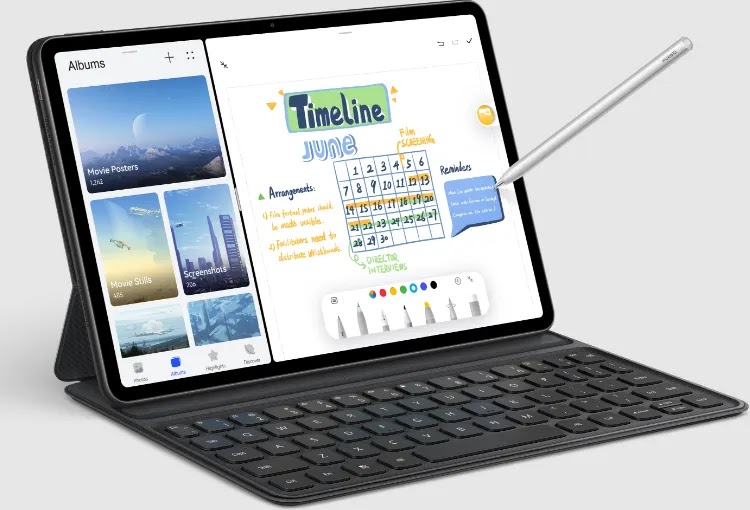 If you are looking for a tablet with specifications that excel in its price class, the Huawei MatePad 10.4 and MatePad 11 are two contestants that deserve your consideration. Here are the points of difference between the two great tablets. 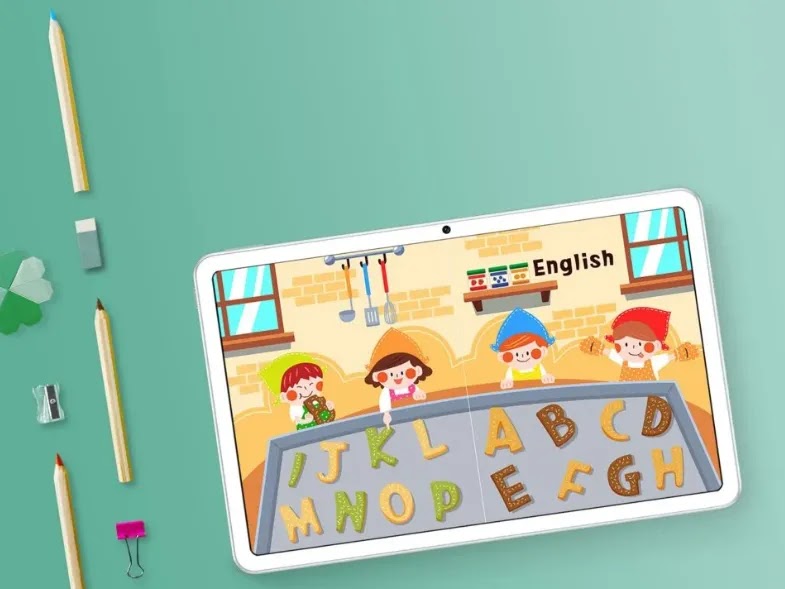 Huawei MatePad Series comes in two different screen variants, namely 10.4 inches and 11 inches, or more precisely 10.95 inches. If this is clearly visible from the name, yes. But what you also need to know, the two MatePad 10.4 and MatePad 11 tablets come with different resolutions.
At a size of 10.4 inches, the resolution presented is indeed smaller, which is 1200 x 2000 pixels. Well, then on the MatePad 11 variant, this resolution was increased again to WQXGA 2560 x 1600 pixels. Of course, in order to present a sharper screen display even on a wider screen.
Even at the level of pixel density, the Huawei MatePad 11 is higher at 275 ppi than the MatePad 10.4 which is only 224 ppi.
Both of these screens both present the DCI-P3 color gamut which is the standard for screen eligibility in cinemas. So, surely you will experience a natural and accurate color display, displaying as many as 16.7 million colors.
Unfortunately, both tablets are only equipped with IPS LCD instead of OLED. However, we does still consider both screens remain viable, given the sharp resolution with stunning color display.
Each tablet is also certified by TÜV Rheinland Eye Comfort Certification to display a lower intensity of blue light, for the convenience and health of the user’s eyes. You just need to activate the eye comfort mode on the tablet. 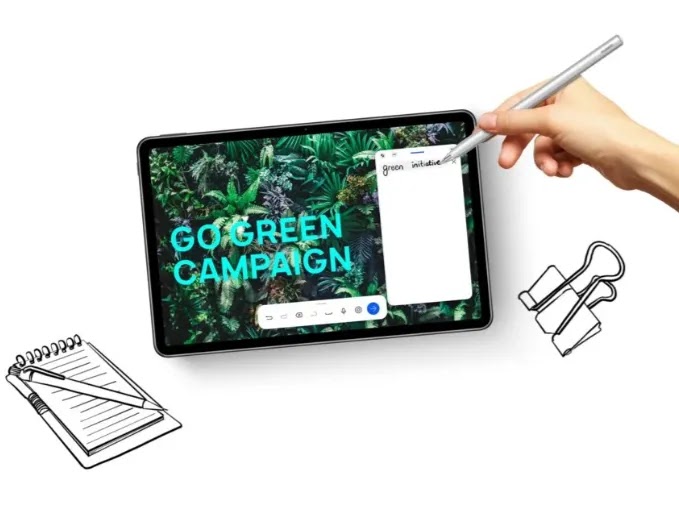 The use of a tablet is not as intense as a smartphone. For this reason, vendors often issue WiFi-only variants on their tablets. In this case, the Huawei MatePad 10.4 is available on both LTE and WiFi options. However, if you look at the official specification page, the variant that came to many countries was BAH3-W09 (WiFi-only).
This means that you cannot insert a SIM card into this tablet. However, if you intend to buy the BAH3-AL00 variant that supports LTE, it seems that you need to buy it from a foreign marketplace . Then when the goods arrive, you can register the IMEI with customs so that it is not blocked.
What about the Huawei MatePad 11? Well , there really is no other option but to get a WiFi-only variant. The reason is, the 11-inch variant does not provide support for LTE at all on every model marketed. 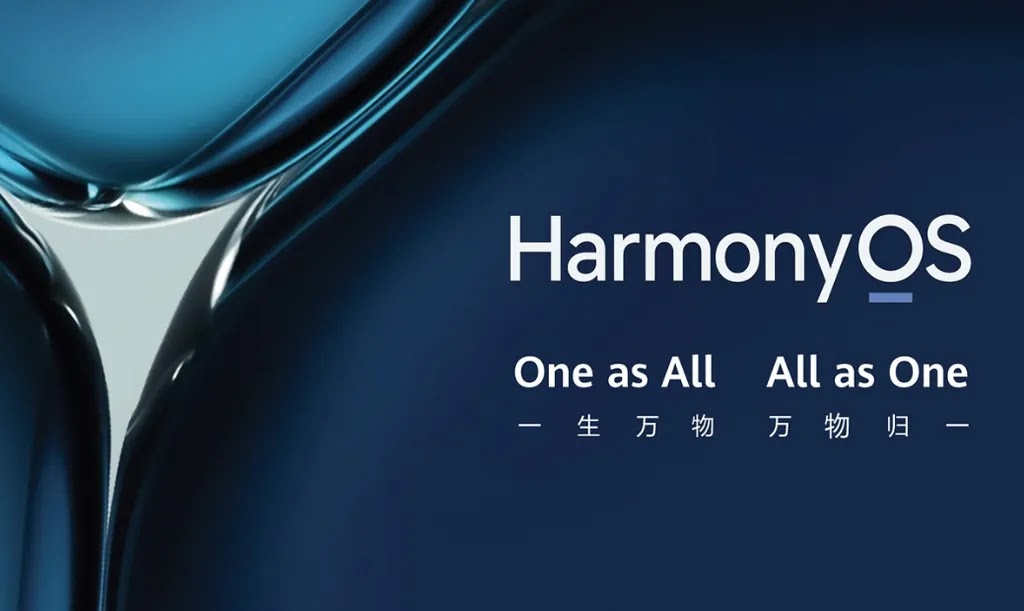 Huawei MatePad 10.4 is on the market in 2020, so the operating system presented on the tablet is EMUI 10 based on Android 10.
Due to trade issues with the United States, EMUI 10 is not accompanied by Google Mobile Services and users will not be able to use Google applications such as Maps , YouTube, Gmail, and so on.
Since this issue, Huawei has begun to dedicate itself to creating its own operating system so that Huawei product users can experience a more integrated ecosystem. Well, the operating system has now come with the name HarmonyOS which is claimed to work faster than Android.
Huawei MatePad 11 is one of the first tablets to receive HarmonyOS, offering an ecosystem that synergizes with other Huawei accessories such as TV (Huawei Vision S), speakers, earphones, and so on.
The HarmonyOS interface is also not much different from EMUI, so users don’t have to worry about having to get used to the new operating system. However, there are still some differences that you need to be aware of. For example, HarmonyOS does not provide root access like Android in order to maintain system stability.
The reason why HarmonyOS is claimed to be more agile than Android is because it uses a microkernel system, unlike Android which uses a monolithic Linux kernel system.
Due to the smaller size of the microkernel, the amount of code contained in it is also less. Even the amount of code in this microkernel is only 1/1000 of that in the Linux kernel.
So, if you are curious about using HarmonyOS on a tablet, the Huawei MatePad 11 is a clear choice compared to the MatePad 10.4 which still uses Android. 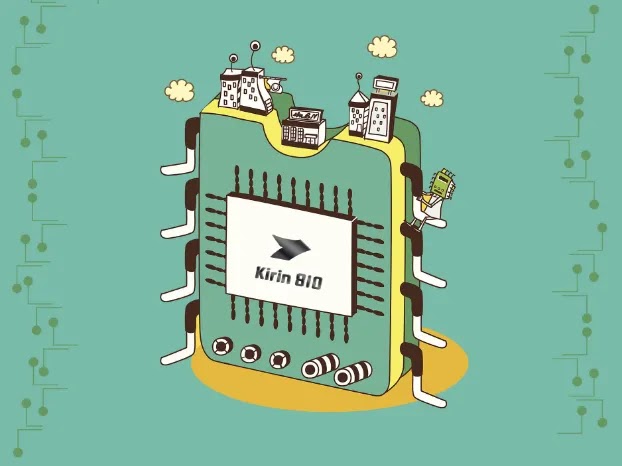 HarmonyOS isn’t the only new thing covering Huawei’s products. If previously Huawei always used their HiSilicon Kirin chipset, now Huawei is starting to use a chipset from Qualcomm.
Yes, the Huawei MatePad 11 uses the Snapdragon 865 as its engine instead of the Huawei MatePad 10.4 which uses the Kirin 810. To note, in 2020, Snapdragon 865 is the most popular SoC option on flagship class smartphones at a price of 680 USD. So, its savage performance is no longer in doubt.
The same thing is also experienced in the Huawei P50 Series which provides the Snapdragon 888 4G chipset option after previously using the Kirin 9000 chipset on the Huawei P40 series. It is known, Huawei will indeed use Qualcomm’s chipsets for its newest products in the future.

But for these two tablets, how bad is the performance? The Kirin 810, manufactured at 7 nm, features an 8-core configuration on its CPU with a Mali-G52 MP6 graphics processing card. These eight cores include a 2.27 GHz ARM Cortex A76 with two cores, and a six core ARM Cortex A55 with a clock speed of 1.8 GHz.
Meanwhile, Snapdragon 865 is clearly superior because it presents one Kryo 585 Prime core based on ARM Cortex A77 at a frequency of 2.84 GHz.
The other two clusters are arranged in an octa-core configuration, namely three Kryo 585 Gold cores based on ARM Cortex A77 with a speed of 2.42 GHz and four Kryo 585 Silver efficiency cores based on Cortex A55, which have clock speeds of up to 1.8 GHz.
Although Snapdragon 865 has a CPU with a higher clock speed (2.84 GHz vs. 2.27 GHz), the Mali-G52 MP6 graphics processor on the Kirin 810 has a higher frequency (820 MHz) than the Adreno 650 (587 MHz).
According to a synthetic benchmark comparison reported from a source, Snapdragon 865 gets an AnTuTu v8 score higher at 583670 than the Kirin 810 which reaches 315690 . The difference in this score is up to 58%.
The savage performance of the Snapdragon 865 is also agreed upon in the comparison of Geekbench 5 benchmark scores, where the Snapdragon 865 got 925 on single-core testing and 3417 on multi-core. Unlike the Kirin 810 which can score 606 on single core and 1970 on multi-core. 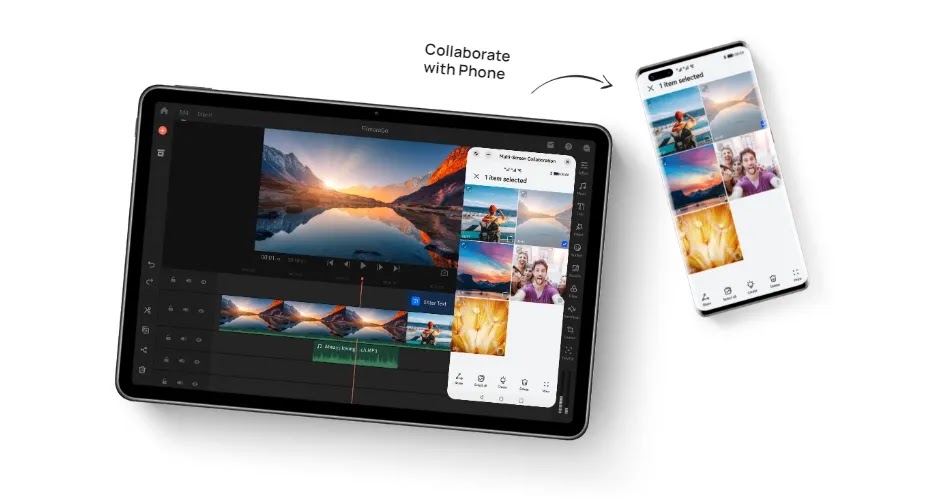 The tablet is not the main device in presenting the photography experience. Gadget activists will certainly be more inclined to use their smartphones to take pictures. But when smartphones are not available, Huawei MatePad 10.4 and 11 already provide decent cameras on the front and back of the body.
On the Huawei MatePad 10.4, you can feel the camera quality is quite decent in its price class. With an 8 MP rear camera accompanied by an autofocus feature, users can carry out daily photography activities quite smoothly.
Of course the quality of the photos will not be as good as the Huawei MatePad 11 which offers a higher rear lens resolution, which is 13 MP. While on the front, both tablets are equally served with an 8 MP lens.
The camera difference continues in the support for video recording resolution, where the Huawei MatePad 10.4 inches supports up to 4K resolution while the MatePad 10.4 only sticks at 1080p only. Unfortunately, these two tablets can’t record at all at 60 FPS frame rate.

A WiFi connection is the only way for both tablets to connect to the internet. Well, if you have a router that supports WiFi 6 at home, you might as well get the Huawei MatePad 11 which does support this latest generation of WiFi.
WiFi 6 is believed to have a much faster internet speed on a wider bandwidth. So, if you are at home with many devices connected to WiFi at once, the Huawei MatePad 11 is still able to get a stable internet speed for downloading or playing online games.
As for the Huawer MatePad 10.4, the highest WiFi generation it supports is only WiFi 5 802.11 a/b/g/n/ac. Of course, these two devices can be connected to WiFi Dual Band 2.4 and 5 GHz. 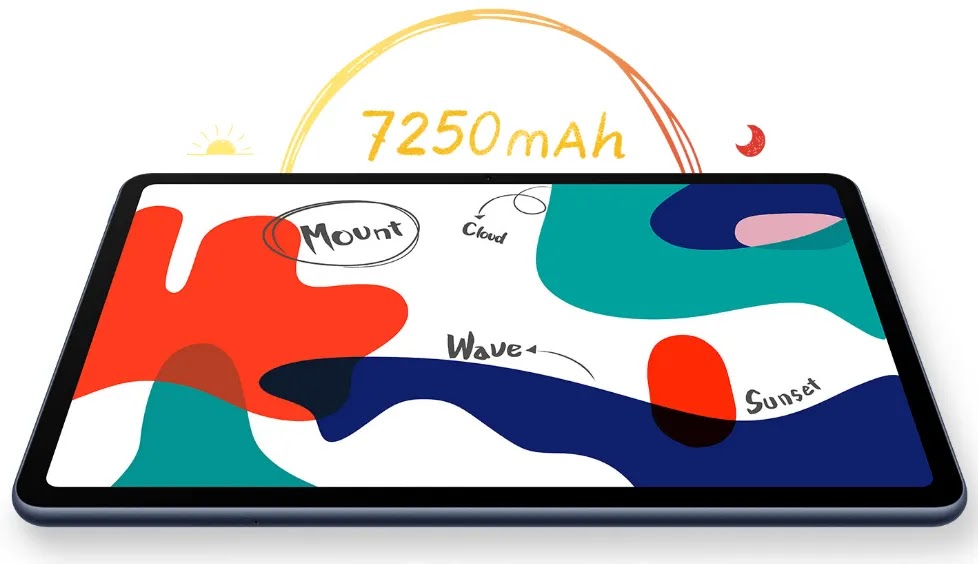 In terms of battery life, you won’t find any significant difference between these two tablets. The reason is, both the Huawei MatePad 10.4 and Huawei MatePad 11 are still presented with the same battery capacity, namely Li-Po 7250 mAh.
Actually this is a drawback for the MatePad 11. Everywhere, a large screen will suck up more battery. Especially considering that this tablet features a refresh rate of 120 Hz. Also, with the Snapdragon 865 which has a TDP of 10 W, it will certainly drain more power than the Kirin 810 with a TDP of 5 W.
To work around this, Huawei also equip MatePad 11 with power fast charging more speeding. Namely, by 22.5 W compared to 18 W which is owned by the MatePad 10.4. Not to mention, the MatePad 11 is also now more functional because it can be used to charge other devices via reverse charging, such as Mobile phones or wireless earphones. 10 Best Scanner Apps For Scanning Documents On IOS And Android